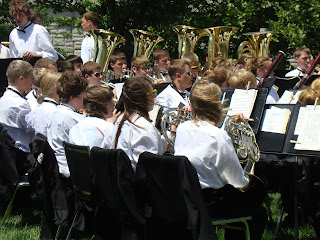 Dave and I had the privilege to be chaperones for our high school band trip to Washington D.C. We were gone for 4 days from start to finish. We left the high school parking lot at 2 a.m. on June 1st and returned June 4th at 2 a.m. We had a rough start to the trip with airline reservations for 80 but no tickets!! Somewhere along the line either the travel agent or airline never processed our tickets and Dave and I were omitted altogether! We missed the first flight and ended up taking 3 flights to D.C. At 6 p.m. that evening we all gathered together at a well known restaurant called Phillips Seafood by the waterfront. We were all tired and hungry so I think we would have eaten anything!! 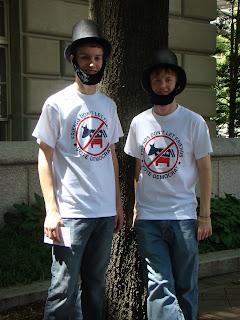 A long the way we meet Abe and his brother while touring the Ford Theater ;) 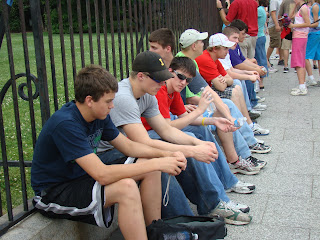 This was part of day one. We had just arrived in D.C. (at least 1 group) and this is in front of the White House. Don't they looked thrilled? My son Drew is in the blue shirt! He was so excited about the trip that he never went to bed!! It eventually caught up with him..............he fell asleep in the Archives Museum!! 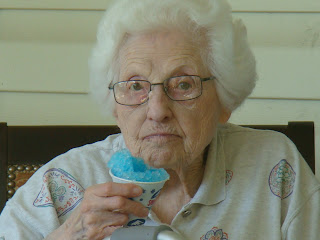 The first concert the band students played was at an Assisted Living Home. The band played on the front yard and we were treated with snow cones and lemonade after the concert! The residents really enjoyed the kids and the music. It was a little windy..........one sheet of music flew as high as two stories. 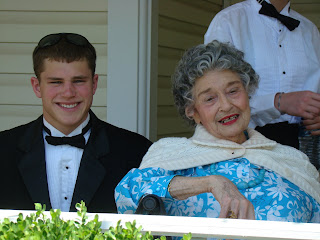 Wouldn't you love to have this handsome young man sit next to you when you are this age?! 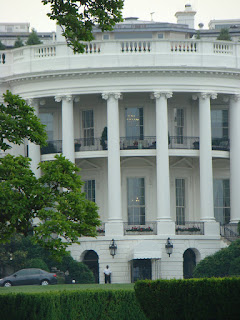 A quick view of the White House 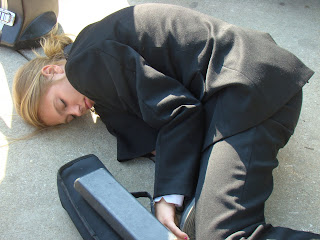 This picture sort of sums up the trip. It is 8 a.m. and the kids were in front of the Washington Monument to play. This poor girl fell asleep on the sidewalk while we were waiting for stands and drums to arrive. Can't imagine the sidewalk was very soft! I am just now getting back to normal. The chaperones averaged 31/2 hours of sleep each night.............we had hall duty too! All in all it was a fun trip and the kids handled themselves well.
Posted by Ewe and Eye at 6:13 AM No comments: