Mom and I were invited to a customers home last week to see her beautiful projects and her fabulous home.  (Thanks Nicki!)
We sat around the table drinking our coffee and looking at WONDERFUL projects.  We began the discussion of UFO's (unfinished projects) and talked about having a day at the shop designated for UFO's.

I got all excited and decided it was time to get my very unproductive rear-end ......in gear!  I have several, numerous, oh, alright MANY projects that are almost complete or started.

With that in mind I came home from Nicki's and was determined!!  The first thing I grabbed was the SLK design that has been hooked since 2004. Yes, you read it correctly 2004.  I ran out of the yarn I was whipping with and came to a dead stop.  As you can see I had less than 5 inches left.  I knew that I had more yarn I just couldn't locate it. 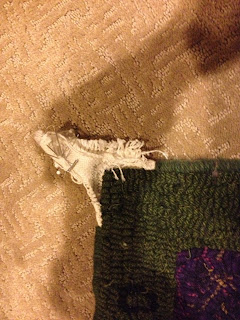 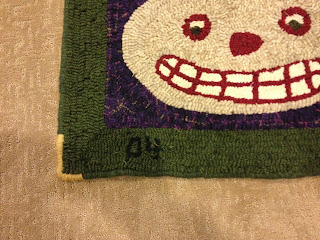 I hate to say it but it took me less than 10 minutes to wrap the rug.  Yes, I know the color doesn't match but it was the closest thing I had and the project is done!! 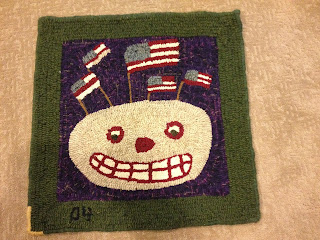 Yes, all finished and ready for a final steam. 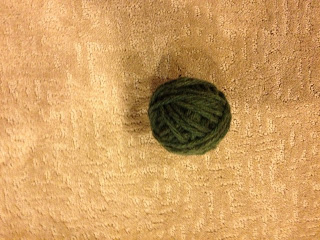 Don't you just love it?  UGH!  Well, that's the way it goes.  Guess it does pay to be organized!?!
(I'm working on that and will share shortly). 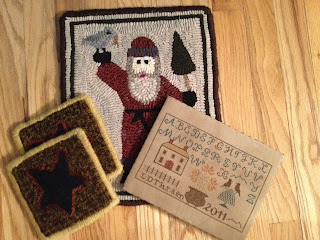 1 down, several more to go.  I wrapped the Santa mat that is also SLK and has been hooked for................well, it's really not important, 2 stars that were suppose to be a box and are now officially coasters, and laced the back of this sampler.

Yes, all in the same night!  What a good feeling it is to actually complete something that was just hanging around taking up space, getting tossed here and there.

Thanks to our conversation for nudging me forward!

What do you have hanging around unfinished?  Maybe nothing?

H is for Christmas 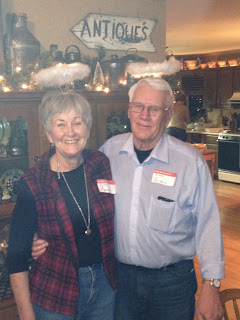 I didn't bring my camera to Christmas this year.  I didn't realize how many of you await to see what the table looks like and what the "H" gifts are going to be.

I am sorry for the lack of pictures and I will remember for next year.

Yes, 2012 was the year of the letter "H".  We were greeted at the door with my parents wearing "Halos".  Not so sure Mom is any angel but at least for the night she thought she was.  :)

The table was adorned with honey and homemade hearts.  As usual mom and dad did a great job setting the table.
The "H" gifts included:  hat, hammer, hundred dollar bill (which my son was pleased to get), handkerchief,
hand lotion, Hershey bars and hand warmers just to name a few!

We ate ham and hash browns as the main course followed by the usual fill ins!

A little off kilter? 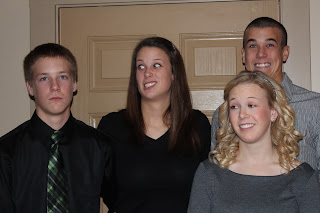 PLEASE DO NOT FAINT..........Yes, I have finally made a blog post!!
Thank you to those that have reminded me of their disappointment in my lack of blogging and to Elsie for offering to pay the monthly fee so I could post again!! :) 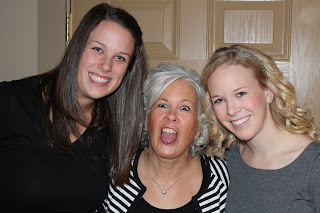 As you can see things have been.....let's just say, a little CRAZY on the home front. 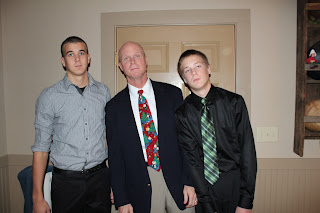 Or perhaps a little off-kilter?

I have heard from MANY of you and I am FINALLY listening.  I am home alone tonight for this first time in a very long time.  I am trying to get caught up on some photos that the kids were wanting put on FB.  I can check that off of my list tonight along with this blog post! Whew!

Life has been busy here and the days have trickled right off the calendar.  I hope all of you had a blessed holiday and are having a great New Year.

I do have some things going on that I would like to share with you in the up coming posts.
I am looking for things to be "on center" soon.  (That's a hint)

Do I need to get the smelling salts?  ;)